Since last year, Mosdorfer has been an authorised sales partner for Aclara’s power grid Monitoring sensors, serving customers in Europe. Mosdorfer/OTLM has now launched the ﬁrst pilot project with Aclara sensors with its Austrian customer Energienetze Steiermark, a utility company in the province of Styria. 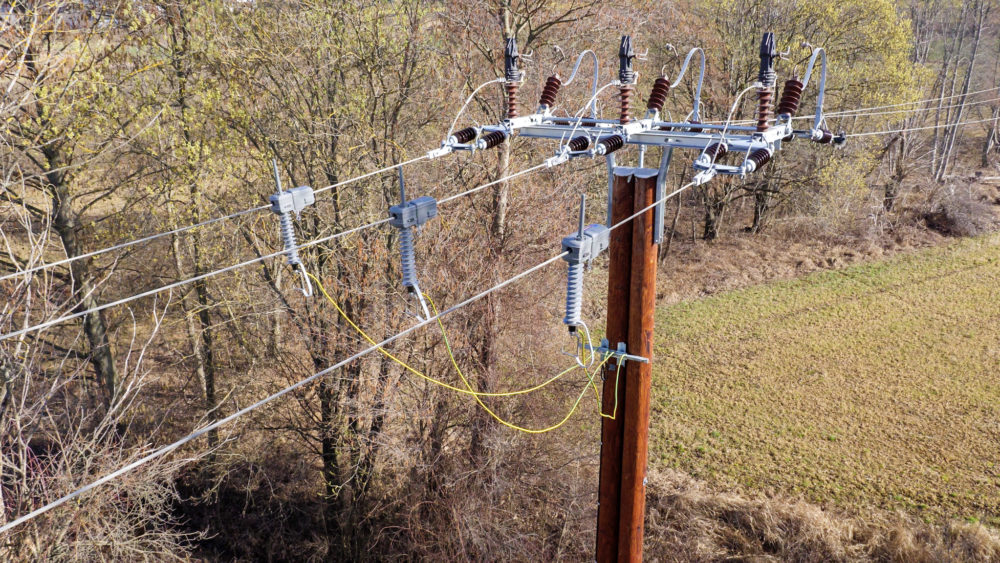 The sensors were mounted onto a 20 kV power line with an uninsulated power cable, located not far from Mosdorfer’s own facility, on the edge of Weiz. This has the beneﬁt that the pilot project can easily be demonstrated to other customers as well. The three sen-sors were installed in collaboration with the electrical engineering company Energienetze Steiermark in Weiz, using a hydraulic platform. It took about half an hour, during which time the power was turned oﬀ. The mechanics expressed themselves very positively about both the procedure as a whole and the speed of the installation, saying it was “as easy as pie”.
The mechanics were accompanied throughout the installation by Roman Maier (ProjectManager for Energienetze Steiermark), Wolfgang Troppauer (Technical Director, Mosdor-fer, and Managing Director, OTLM) and two representatives of Aclara. The business side of the pilot project took about six months top repare. This included the initial contact, drawing up the contract, waiting for the powerline to be turned oﬀ, and the ﬁnal Installation and commissioning of the sensors.
The pilot project has been scheduled to run for one year, during which time data are being collected. Measurements are taken
at 15-minute intervals, and the data is then sent at hourly intervals to Mosdorfer’s server. Data transfer takes place via the telephone network. The data collected during the pilotproject is quite extensive, involving measuring the cable temperature, voltage and Phase angle. Mosdorfer/OTLM monitors and analyses the readings, and the customer – Energienetze Steiermark – is sent a monthly report.

If the pilot project works well and the customer is satisﬁed with the data analysis, they may want to take over the sensors after this one-year period. Our colleagues at Aclara were excited about the ﬁrst pilot project and this very ﬁrst installation of Aclara sensors
in Austria.

What’s the diﬀerence between an Aclara sensor and our OTLM sensor?
The Aclara sensor is, as it were, a scaled-down version, as it is only used for voltages between 1 and 65 kV. In other words, it is used within the range where we can’t use an OTLM sensor, which is intended for high voltage. This is due to the structure of an Aclara sensor, which begins to self-feedeven at a very low current. An OTLM sensor,on the other hand, would need at least
65 A for this purpose. Aclara and OTLM sensors therefore complement each other perfectly, and we can oﬀer our customers power line management at all three voltage levels: low, medium and high.